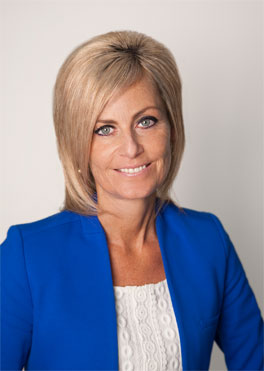 Elise Archer was first elected as the Liberal Member for Clark (formerly Denison) in the Tasmanian House of Assembly in 2010.

In her first term of Parliament, Elise was Opposition Whip and the Shadow Minister for Police and Emergency Management, Planning, Community Development (with responsibility for women, child/youth affairs, seniors, multiculturalism and the Disability Bureau) and Aboriginal Affairs. Also, she was the Opposition Spokesperson for Corrections in the House of Assembly.

After the Liberals’ historic landslide win in the 2014 State election, Elise was named as the Government Nominee for the Speaker of the House of Assembly, and was formally elected unopposed by the House on Tuesday, 6 May 2014.

Elise was the first female Speaker in Tasmania in the House of Assembly’s 158 year history.

During her time as Speaker, Elise introduced significant changes to the Standing Orders of the House of Assembly allowing automatic maternity leave and more flexibility for female Members with infants upon their return to work. As well, Elise updated and streamlined a raft of rules and procedures, and introduced the highly successful education program allowing role-plays by school students in the Chamber for the first time. She also welcomed and hosted individuals, community and other groups at Parliament, allowing greater access to the ‘people’s House.’ Elise instigated and implemented significant security upgrades and the House of Assembly’s section of the new Parliament Square development.

After the Liberals’ March 2018 election win, Elise was elevated further to one of the most senior roles of the Tasmanian Government as Attorney-General, the First Law Officer for the State of Tasmania. In addition to taking on the role of the Attorney-General, Elise has retained her Ministerial portfolios for Justice, Corrections, Environment and the Arts. On 31 October, 2018 Minister for Racing was also added to her list of portfolios.

In a Cabinet reshuffle on 30 June 2019, the Building and Construction portfolio was added to Elise’s Ministerial portfolios and following the resignation of Premier Will Hodgman in January 2020, Elise also became Minister for Heritage.

Elise’s decision to enter state politics stemmed from a passion to improve the lives of those less fortunate in her community; an ethos she developed early in life while volunteering for a number of charities and working in her family’s small businesses throughout her school and university years. She has a strong focus on creating a strong economy to create jobs, to support our health and education systems and Tasmanians in need.

Educated at Waimea Heights Primary School, Fahan School and the University of Tasmania, Elise completed a Bachelor of Laws Degree before obtaining her Certificate of Legal Studies. She was admitted to practise as a Barrister and Solicitor in the Supreme Court of Tasmania in 1994, as well as the Federal Courts and High Court of Australia.

Elise practised law for 17 years prior to entering Parliament, predominantly in the areas of employment (industrial relations), anti-discrimination and insurance law, and was a member of the Employment and Equal Opportunity Committee, the Litigious Issues Committee of the Law Society of Tasmania, and the Tasmanian Bar Association. Additionally, she has had extensive experience in civil and criminal trials. Immediately before her election to Parliament Elise was a senior associate, senior litigation lawyer at Dobson Mitchell & Allport in Hobart (2004 – 2010).

Married to Dale, they both have strong values and appreciate their community responsibilities. Elise maintains a strong personal and professional interest in the law, arts, education, business, science, sport and recreation, economics, and is very community focused.